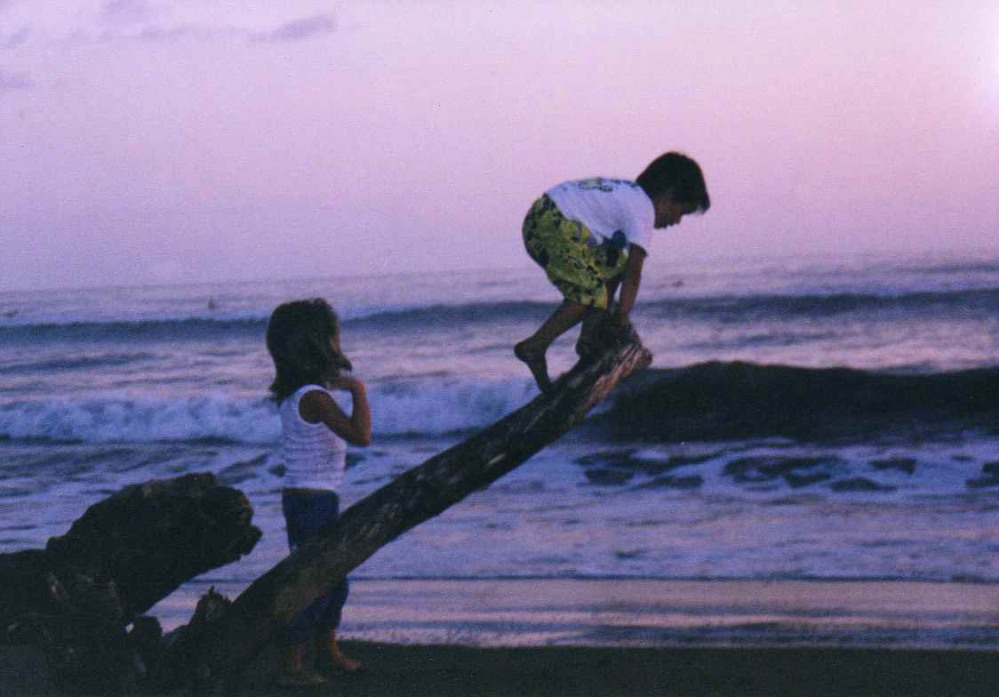 If ever there were a phrase that fully captured the true essence of a people and a land, it would be “pura vida.”

To the people of Costa Rica, who call themselves Ticos, “pura vida” means everything. They use the phrase in every aspect of their speech – as a greeting, reply, adjective and noun.

Costa Rica, home of the beautiful Tico people and land of the lazy three-toed sloth, the ancient leatherback turtle and some of the most succulent pineapples in the world, is more than a tiny country nestled between Nicaragua and Panama. It’s a paradise, where the sweet scent of rainforest lingers in the air, the beaches extend forever and the people truly understand the meaning of pure life.

One of my favourite stops was La Fortuna. Officially known as La Fortuna de San Carlos, it is a small inland town in northern Costa Rica. Shadowed by the active volcano Arenal, the town is best known for its volcano-related tourism. But, tucked deep in its remote forests lays a hidden wonderland where the adventurous can come to play.

I discovered a canyon rappelling tour that was featured on the Eco Challenge 2003, and decided to sign up.

We knew we were in for an adventure the moment our 4WD truck turned off the paved road and ascended a mountain trail broken into the mud and rocks.

As our little truck crawled up the track, vegetation unfolded in the valley below and our minds raced with anticipation. Our guides hung off the back of the truck, joking and laughing, the carefree way Ticos seem to do.

Soon, we arrived at our destination, and our tour group climbed out at the canyoning home base.

After fastening our harnesses and helmets and listening to a brief how-to lesson, we hiked 10 minutes into the forest and found ourselves standing at the edge of a 165-foot waterfall.

Inching to the edge, I felt the weight of my harness support me as I leaned back and fed the rope through my gloved hands like the guide had taught us. Before, I knew it I was flying through the air, bounding away from the rock face and flying back toward the wall three metres down.

And, so our adventure began, hiking through the pristine forest, through streams, over rocks and down waterfalls – all the while surrounded by massive rock faces and ancient forest.

It was an exhilarating introduction to La Fortuna.

The adventure wasn’t over yet. I was determined to stay in town until the clouds surrounding Arenal dissolved so I could see the volcano by night, red hot lava pouring down her face with a supernatural glow.

It was also during my stay in La Fortuna that I met Roberto, the man in his mid-50s with soft brown eyes and a kind smile who was staying in the room next to mine. He travelled the country, selling churros (deep fried pastries with cinnamon and sugar) at fairs and carnivals, and was in town for the Parade of Horses festival.

Between my broken Spanish and his patchy English, we managed to have quite an in-depth conversation.

As we sat on the porch of our pension that evening and watched the La Fortuna children play across the street, I noticed – with a pang of warmth – that, although they were without video games and satellite TV, they were laughing and jumping and spinning, just the same.

While they don’t possess the material wealth we do, amidst our reality TV shows and our cheap mortgage rates, Ticos have something much more valuable. They have the wise understanding that life isn’t just about work and material items, but about friendship, family and laughter.

I’ll always remember feeling of mist on my face and the aroma of rainforest in the air. There, I felt a taste of that pura vida the Ticos speak of; and it was sweet. It was the rush of rappelling down a waterfall. It was children playing in the twilight. It was pure life.